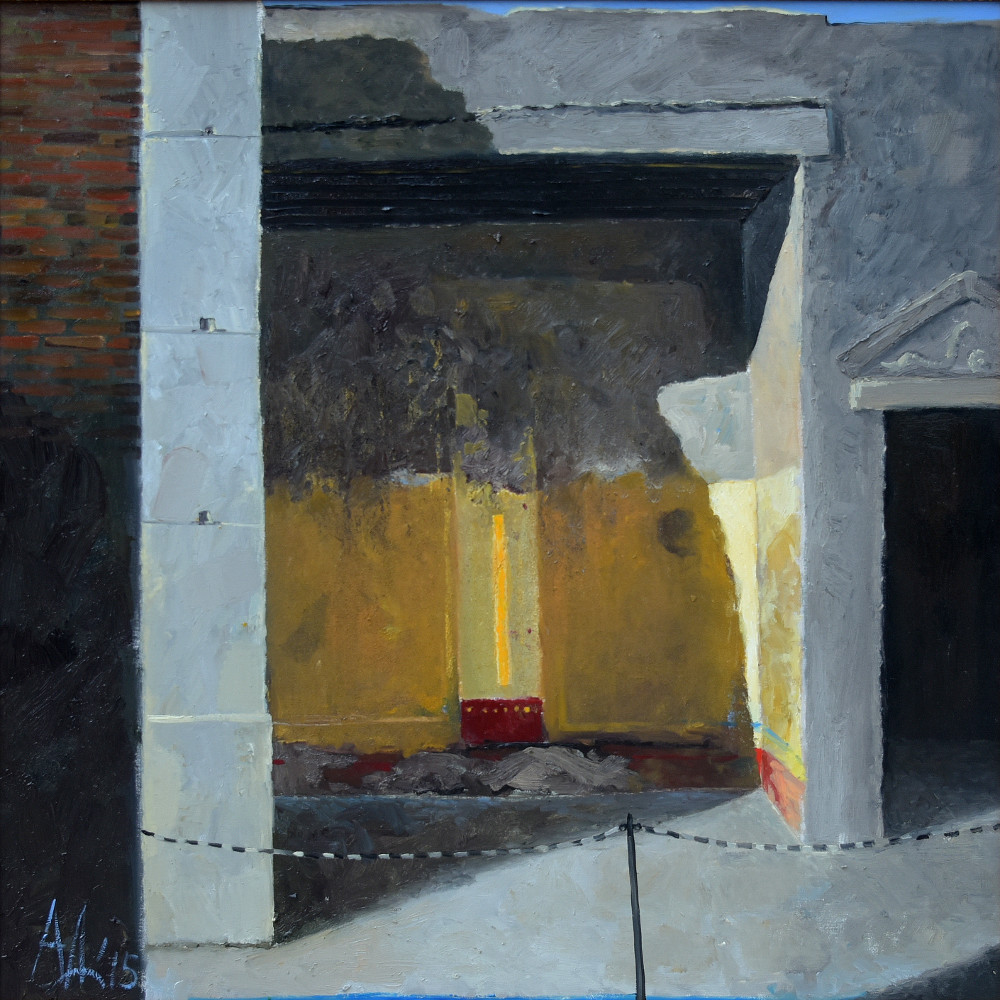 1977 - graduated from the Art Academy in Sofia, specialty "Painting", under Prof. Dobri Dobrev.

Since 1992 he has been an associate professor and since 1998 a professor of painting at the National Academy of Fine Arts.

He works mainly in the field of painting, but also in the murals, scenography, graphics and layout of the book. He has more than 100 participations in representative exhibitions of Bulgarian art in the country and abroad and over 50 publications. Author of the book "Things, places and people", 2011, Zahariy Stoyanov Publishing House, Sofia.

She lives and works in Sofia.

Since 1998 he has been actively involved in the European programs "Erasmus" and "Socrates".

In 1994 and 1995, he holds a master's degree in painting in Seoul, Korea, to the Seoul Art Center. 1995 is invited by the Pro Arte Bulgarika Foundation for one month stay and work in Switzerland. In 1997 he won a scholarship to stay and work in Paris.

He is also the author of four frescoes in Varna. He has made several stage designs in different theaters in Sofia.

In 1996 he was the curator of the exhibition "Bulgarian Jewish Artists" under the auspices of the Jewish Museum in Vienna, Austria.

There have been participations in joint exhibitions presenting the Bulgarian art in Rome, Lisbon, Stockholm, Moscow, Lucerne, Schaffhausen, Vienna, Batereihenhal and others.

"A message from the ages. Churches and Monasteries of the Balkans ", Sofia City Art Gallery, (curator Adelina Fileva), 2011;