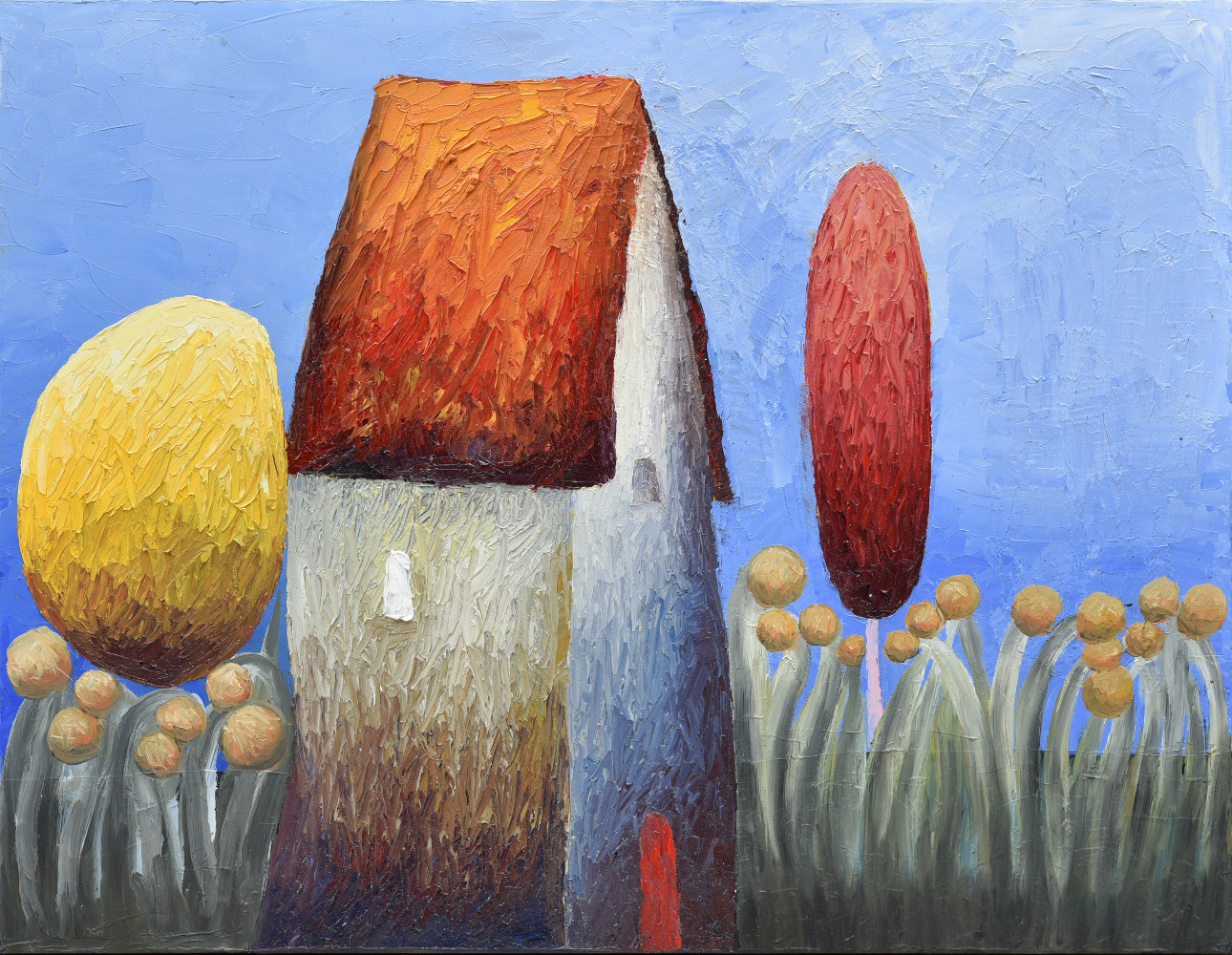 Bogomil Arsov was born in 1970 in Sofia, the capital of Bulgaria. The artist born in Bulgaria has the advantages of a blessed art environment. Here they met and left invaluable treasures of art the cultures of the East and West, of Hellad and Rome, of the ancient Thracians. Under the influence of this environment is formed the worldview of the artist.

He is inspired by the music. He has been painting and playing the guitar since childhood. He lives and travels to different countries around the world, where he does not cease to work. Except in the countries of Europe, he travels and lives in South Korea, Cuba, Guatemala.

These trips and touches to different cultures, to different natural and human beauties, have a strong influence on the artist's creativity. They also determine his creed. Bogomil Arsov believes that beauty is a gift from God. That we are surrounded by it, though we do not always know it and notice it.

A cause in his creativity is the quest to discover and recreate this divine gift - beauty. But above all, soul beauty in human emotions. That's why she uses techniques and warm colors in her paintings to emit peace and peace of mind.

Bogomil Arsov uses various techniques applied by the classics of painting. At the same time, he developed his own methods based on the accumulated creative experience. It mainly uses oil paints. He also creates graphics and watercolors. It has stone sculptural works, ceramic and wood-carving. He believes the ways to recreate beauty are countless. That we should not close on what has already been achieved.

His paintings are owned by collectors in France, Spain, Italy, Germany, Greece, Russia and other European countries. Collectors in other parts of the world also have his paintings. He has his connoisseurs and fans in the US, Canada, Japan, South Korea and Guatemala.

The artist now lives and works in Bulgaria but continues to draw inspiration from his travels around the world. These trips have a special value for him. The world is different but incredibly united in its quest for beauty. The admiration for her and the art that recreates her.

Bogomil Arsov has 16 solo exhibitions and participation in numerous general exhibitions. His stand-alone expositions took place in the following years and places:

2013 "The Mosque" Gallery in Dupnitsa, Bulgaria