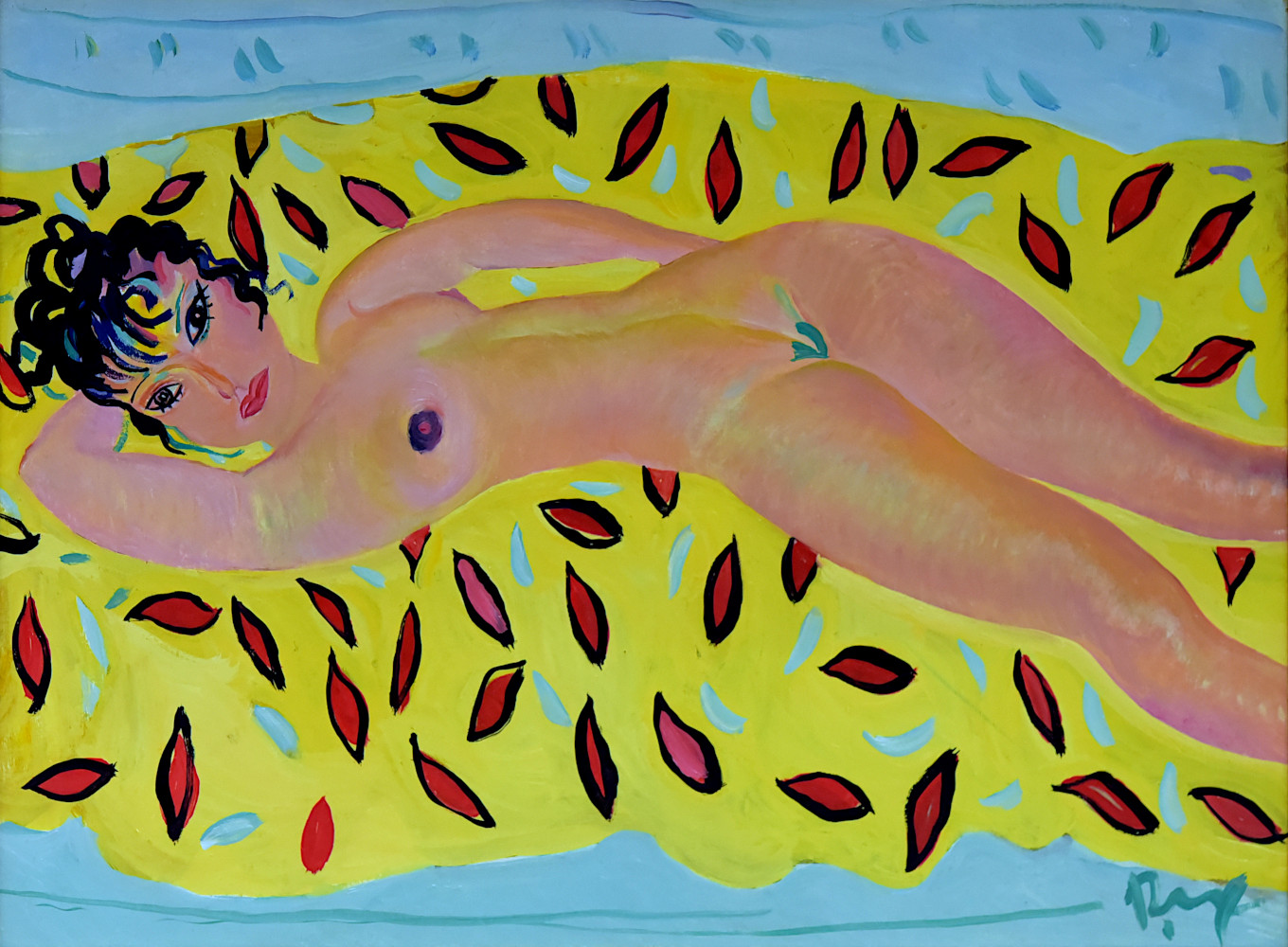 In 1968 he graduated from the Art School in Pazardzhik and then continued his education at the National Academy of Arts, Sofia. In 1979 he graduated in painting in the class of Prof. Panayot Panayotov. He was awarded the national award for painting Zahari Zograf in 1982. In the period 1986 - 1987, Vihroni Popnedelev, Gredi Assa, Andrey Daniel, Bojidar Boyadjiev, Nedko Solakov and Art Philip Zidarov founded a group for avant-garde art "The City" . Since 1995 he has been Associate Professor, and since 2001 Professor of Painting at the National Art Academy.

Prof. Vihroni Popnedelev lives and works in Sofia. In 2008 he opened an art center in the village of Dolno Kamartsi.

He has organized a number of solo exhibitions in Sofia, Varna, Plovdiv, Haskovo, Kazanlak, Balchik. He has participated in collective exhibitions in Austria, Czech Republic, Switzerland, India, Finland, Germany. His paintings are owned by the National Art Gallery, the Sofia City Art Gallery and many private collectors.